2009 marked the 50th year of the uprising in Tibet against the army of the invading Chinese Communist Party. The uprising was brutally crushed and the Tibetan Government in exile has asked that this be marked by protests around the world. The local Tibetan community and their supporters were passionate but peaceful in their protest in Canberra and the event was photographed by anonymous men from the Chinese embassy who were intent on capturing on film every person who participated in the protest. 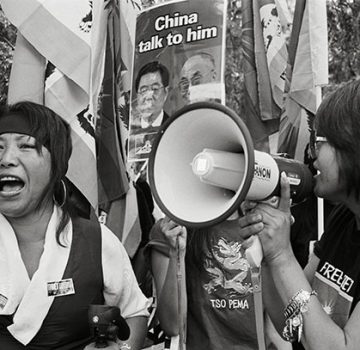 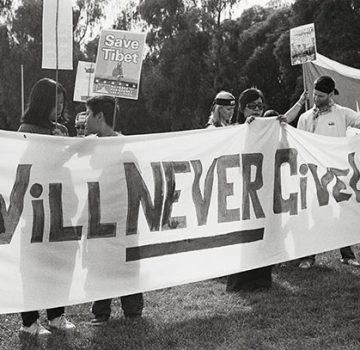 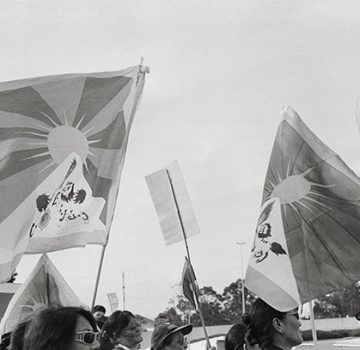 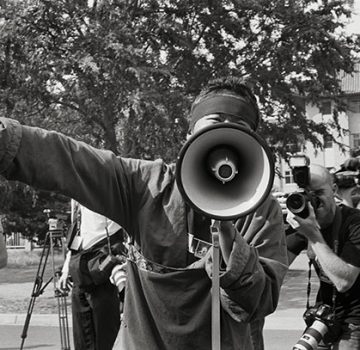 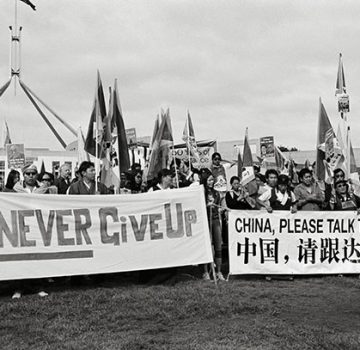 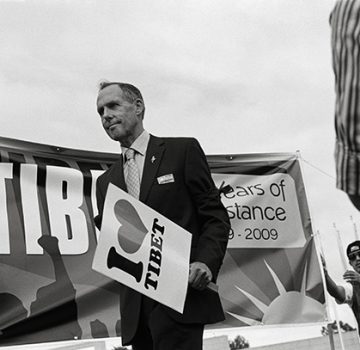 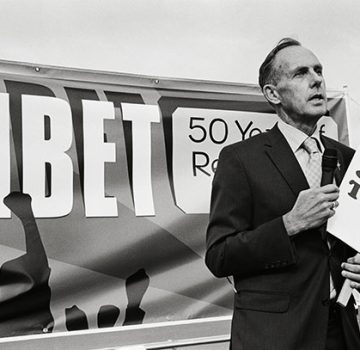 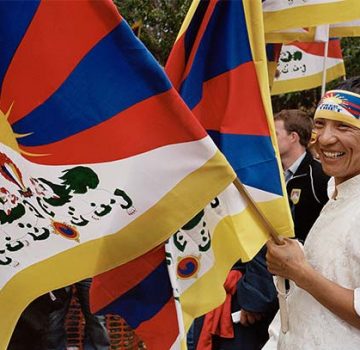 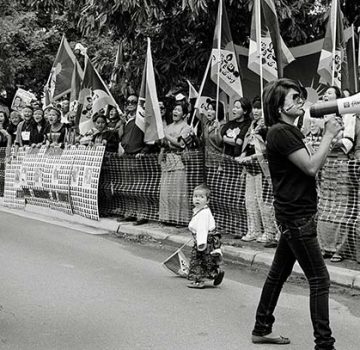 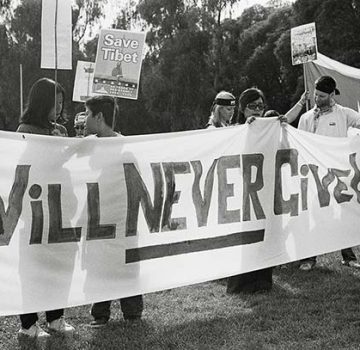 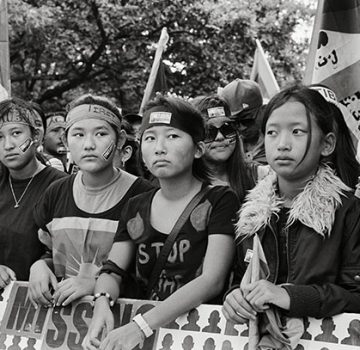 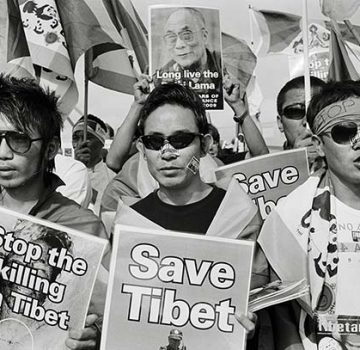 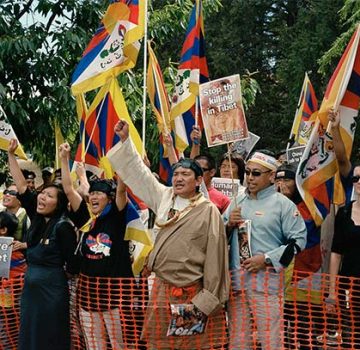 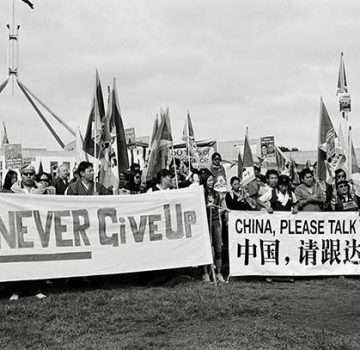 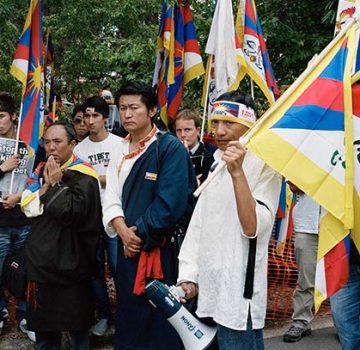 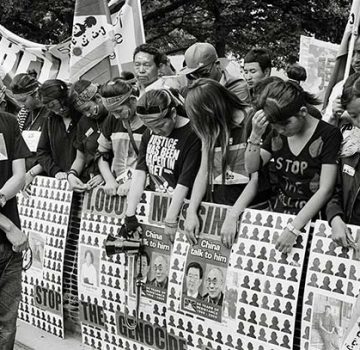 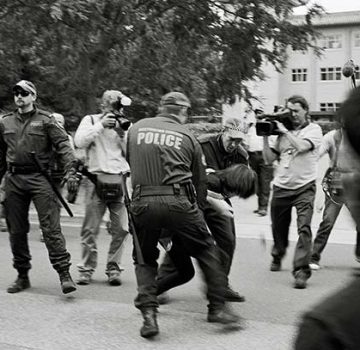 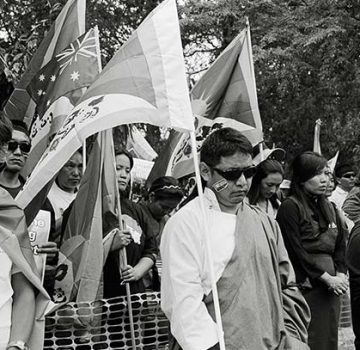 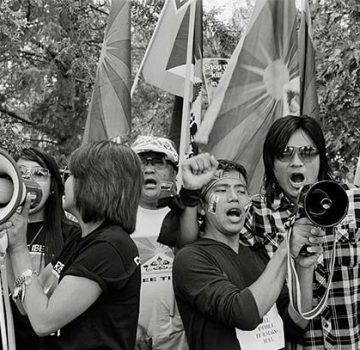 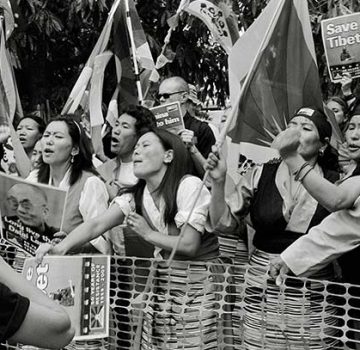 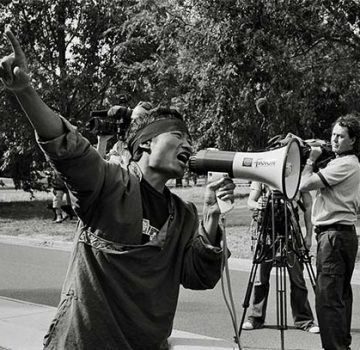 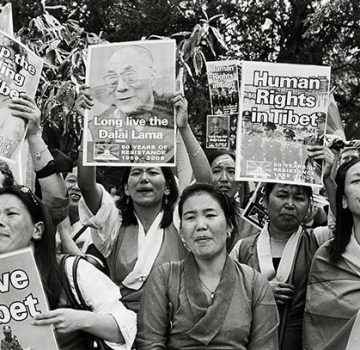